When Akbar Al Baker first announced Qatar would be starting Adelaide flights with the A350 many were very surprised. Qatar already fly to Perth, Melbourne and Sydney.

Qatar Airways in Northern winter 2016/17 season plans to adjust operational frequencies for Doha – Adelaide route, based on recent schedule update. From 30OCT16 to 25MAR17, the Airbus A350-900XWB aircraft will operate this route 5 times a week, instead of daily.

If I were to fly to Doha I would defiantly do the Adelaide flight for a number of reasons.

The A350 features their fantastic reverse herringbone seats in a 1-2-1 configuration instead of their 777’s which feature 2-2-2.

I can’t exactly take advantage of it however Qatar have a great self serve bar aboard the A350.

Redemptions rates for the following are:

Qatar are very good at releasing space last minute and in advance for this route. 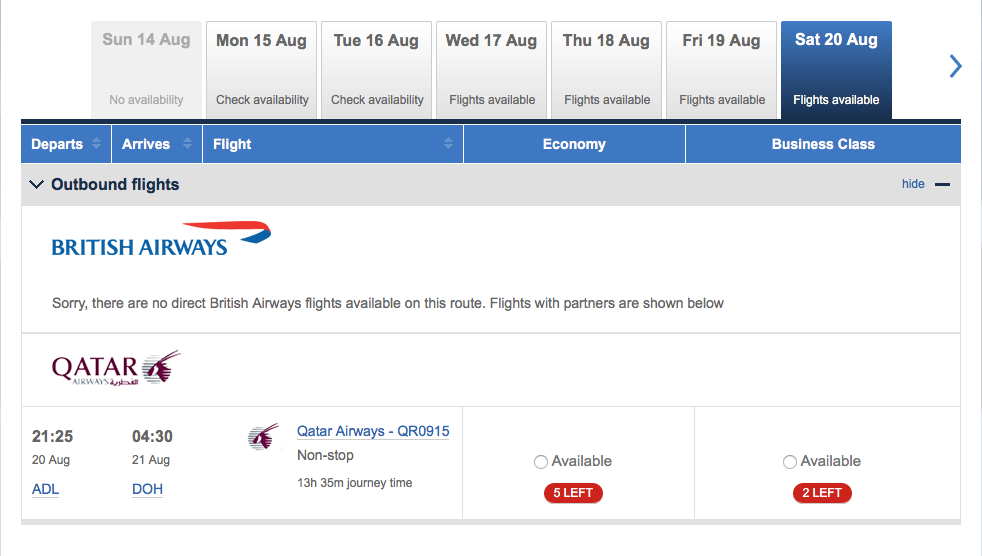 It’s not a huge deal that the route is not going daily but it’s great to see that they are keeping the A350 on that route.

An fascinating discussion may be valued at comment. I do believe that you simply write more on this topic, it will not often be a taboo subject but normally everyone is inadequate to speak on such topics. To a higher. Cheers

Pretty component of content. I just stumbled upon your site and in accession capital to claim that I get actually loved account your blog posts. Anyway I will be subscribing for your feeds or even I success you access persistently rapidly.

[…] recently been expanding their Australian network and upgrading aircraft due to supply and demand. Qatar Airways launched Adelaide services earlier this year and they also Upgraded the Sydney services to an […]