Confirmed – Cathay Will Be 10-Abreast In Economy

Cathay Pacific has today announced that they will be introducing 10-abreast economy seating on their 777 fleet. This will make many travellers angry as 3-4-3 on a long haul flight can be very uncomfortable. It is believed that the changes will be implemented on their current 2 and 3 class 777-300ER’s and their future 777X’s which are scheduled to be delivered between 2021 and 2024. No information is yet available to when these changes will happen.

Per the South China Morning News

Chief executive Ivan Chu Kwok-leung said in an exclusive interview: “If you look at the Boeing 777s, which everybody uses from the Gulf to the US to European carriers and ourselves, the standard is 3-4-3. I think we are moving towards that stage, it’s very clear.”

A shortage of take-off and landing slots at Hong Kong International Airport means Cathay and local rivals like HK Express, are unable to expand the number of flights with the two runways operating at almost 100 per cent capacity every day.
“Slots are very scarce,” Chu said. “We want to generate more seats per slot, that’s the key thing. That’s why we are doing it. It’s very important we do it.”

Flight attendant Silvia But, vice-chairwoman of the airline’s Flight Attendants Union, said: “If there is one more seat per row, I cannot imagine how narrow it will be. For passengers it’s definitely bad news.” 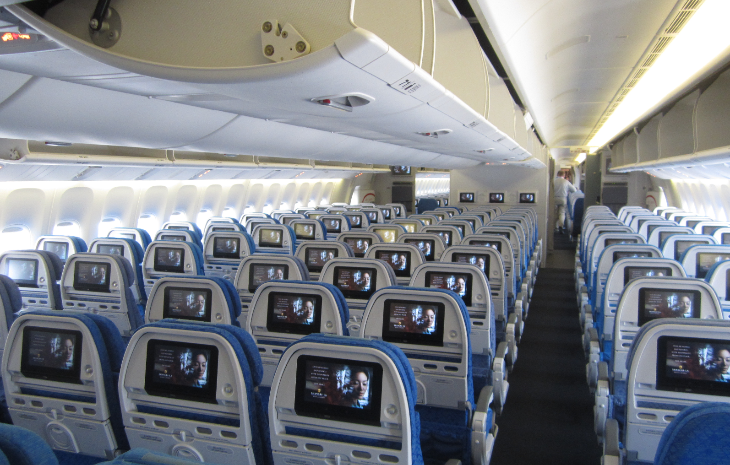 Will need to go back to SQ then